The MCL Academic Team is delighted to announce that the recipients of the Herbert Smith Freehills bursaries for 2020-21. The firm generously funded two bursaries, with the focus being on recognizing academic excellence. One bursary covered all MCL tuition fees of the recipient, which is £32,130 in 2020-21. The other covered half of the MCL tuition fees, or £16,065. All recipients additionally were offered the opportunity to undertake a one week work placement with the firm’s London office. Herbert Smith Freehills is one of the world’s leading professional services businesses. The firm has nearly 3,000 lawyers in 27 offices around the world.

Scott Cormack was the recipient of the full Herbert Smith Freehills bursary. Mr Cormack read law at the University of Edinburgh, where he graduated with a First and won multiple academic prizes. After graduating, Mr Cormack worked at the Law Commission as a research assistant, where he contributed to their projects on automated vehicles and commercial leases. He will commence a training contract at Slaughter and May in 2022.

Mr Cormack said of the bursary "I am grateful for such a generous award. The MCL is a fantastic opportunity to learn from world leading practitioners and scholars. I look forward to building upon my undergraduate studies and making the most of my time at Cambridge."

Ms Bizzari is a recent graduate of Durham University. She chose to pursue the MCL because of the unique applicability to corporate practice that the course offers, particularly through the Deals Course. She is a future trainee solicitor at Slaughter and May.

Mr Stylianou graduated from the University of Reading with an LLB degree. While at Reading he was involved in an array of extracurricular activities, including the European Law Students’ Association of Reading. Internships in the legal and tax departments of major law firms have exposed him to the intriguing complexity of the corporate sector.

< Back to latest news 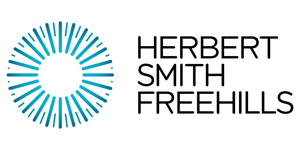 MCL Student Profiles Read about some of the MCL graduates and their experiences of studying at Cambridge. Read more