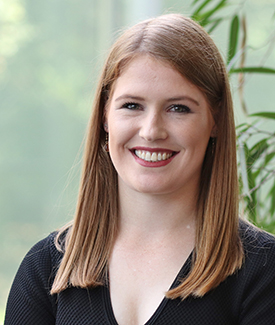 What were you doing before the MCL?

I completed my Bachelor of Law (LLB) degree at the University of the Witwatersrand, Johannesburg (Wits) following which I completed my two-year training contract (articles) at Bowmans (a leading African law firm) and was admitted as an attorney in the High Court of South Africa. I was retained as an associate in the Mergers & Acquisitions department at Bowmans and gained a wide range of experience relating to public and private transactions and corporate governance.

What were your impressions of the MCL?

The MCL was an intense programme, with exams being held every term. The modules offered in the MCL were practical and commercial in nature. Having come from working in an M&A practice, the Deals course is the obvious standout subject for me. The Deals classes were engaging, especially those that involved practitioners who had worked on the deals that we were analysing. Some of the deals that we examined were award winning deals, with award winning deal teams who worked on them. Being afforded the chance to analyse these deals and engage with practitioners on issues raised was an invaluable learning experience.

What are your post-MCL plans and have they changed due to taking the MCL?

After the MCL I will be starting a new job as an International Lawyer at Cleary Gottlieb Steen & Hamilton LLP in London, with the intention of moving to their office in Abu Dhabi at a later stage. I also intend to qualify as a UK solicitor. The MCL has solidified my interest in corporate law and I intend to remain focused on corporate law in my professional career.

Applications for 2023-24 open on 15 September The MCL will be open for new applications on 15th September. Read more

MCL Student Profiles Read about some of the MCL graduates and their experiences of studying at Cambridge. Read more